×
You are here: Home / Motherhood / How To Induce Labor Naturally
This post may contain affiliate links. As an Amazon associate, I earn from qualifying purchases. Read my full disclosure.

How To Induce Labor Naturally

Wow, its been a minute since I have been on and published a post! You would think with this Covid-19 quarantine I would be rolling out all sorts of posts. Although, my daughter has now officially decided naps are overrated. Which is a bit of a stinker, since we are home all day, and mama wants a nap too! Anyways lets talk about how to induce labor naturally!

Nine months have come and gone. You have made it through the first trimester morning sickness, the surprisingly good second trimester, and the swollen feet, having to pee every thirty minutes, back aching, no sleeping, heartburn filled third trimester. And I can more than likely guess you are over being pregnant.

You are most likely here, due to the fact your due date has come and gone. And you are beginning to think this pregnancy has lasted for five years! Although, good thing mama, you have come to the right place. As we are going to go through a list of several ways to induce labor that will get you meeting your baby sooner than later!

Disclaimer: The information below is only for women who have reached the 40 weeks mark, as well as low-risk pregnancy women. Do not attempt these techniques if you have not reached 40 weeks or your pregnancy is high risk. Additionally, always discuss any techniques with your doctor beforehand.

How To Induce Labor Naturally

Take a walk mama. Gravity will help by pushing your baby down into the birthing canal. Additionally, exercising puts pressure of the baby's head on your cervix, releasing oxytocin, and potentially bringing on labor.

Squats and lunges are also some great exercises for promoting labor. As they open up your pelvis, allowing your baby to descend even farther into the birthing canal.

Although, be careful to not overdo it. As you don't want to be exhausted when actual labor begins.

Stimulation of the nipples is a great way to release oxytocin, as it believes your newborn is nursing. If you don't know about Oxytocin, Oxytocin is responsible for signaling contractions during labor. Doctors often use the drug Pitocin to induce labor, which is actually the synthetic form of Oxytocin!

Nipple stimulation can be done by your partner, by you simply rolling your nipples, or a breast pump set on a low setting.

There is most likely two different opinions about sex for inducing labor. Some of you may think, oooo what a fun way to induce labor. And for the rest of you this may be the last thing on your mind, as you are tired, cranky, and probably think you are huge!

There are two ways sex can induce labor. The first is by your body releasing a hormone known as oxytocin. Just like stated above, oxytocin has the same effect on the body as does pitocin.

The second is by exposing your cervix to prostaglandins, through sperm. Prostaglandins work by thinning out and stimulating the cervix with the possibility of jump starting contractions.

I know mama, you may think of this as somewhat frightening. Although, the needles are very thin and tend to actually bring on a feeling of relaxation. Which is a definite plus during this stage of pregnancy.

Acupuncture works by targeting certain points of the body that help in softening and dilating the cervix. Which may then lead to the onset of contractions.

Acupressure works by targeting specific points along your body, that when pressed, help relax the muscles or relieve pain.

You can find a list of acupressure points for inducing labor here.

Going further into acupressure, reflexology is the application of pressure to areas on your feet. Reflexology is wonderful as it is relaxing, relieves stress, and can stimulate contractions.

Although, make sure that the therapist you see is trained in reflexology, especially for the purposes of induction.

Whether this works or not is up for debate.

The concept behind why spicy food may work for inducing labor is due to the fact spicy foods are known for causing bowel contraction. With the uterus being located next to the bowel, and the bowel being irritated, there is a chance that the bowel may then irritate the uterus, resulting in contractions.

Although, be careful, and keep in mind that spicy food may just result in a case of heartburn or an upset stomach.

Speaking of heartburn, here is a list of 14 tips for relieving pregnancy heartburn.

Evening primrose oil is a supplement that may help the cervix soften and efface, or other words thin out. It is also said to help shorten labor duration.

You can further read up on the pros/cons, how it's used, along with studies done on primrose oil here.

Eating pineapple or drinking pineapple juice has not been proven to induce labor, although several mamas swear by it.

Pineapple contains the enzyme bromelain, which is said to trigger contractions and soften the cervix. Although, like stated above, there has been no research shown to actually prove this.

I mean, by all means though, why not give it a shot? Unless you are a pineapple hater.

The birthing ball has somewhat of the same concept as walking. Gently bouncing on an exercise ball encourages baby to move farther down into the birthing canal, which in turn supports cervix dilation.

Sit with your legs spread apart and bounce your hips up and down, as well as doing some hip circling. This movement not only allows your pelvic floor to relax and contract, but it also encourages the spine to decompress. Which can relieve some stress in the lower back.

Dates can trigger oxytocin receptors and expedite the onset of contractions more efficiently. That is why they may be recommended to women close to their delivery dates. Eating dates late in your pregnancy may help increase cervical ripening as well.

A small study has also been done that showed a positive effect on postpartum blood loss, in association with eating dates. Another study published by the Journal of Obstetrics & Gynaecology states that woman who began eating dates at 37 weeks and after experienced a shorter and easier labor, along with a less need for induction.

This is something that should not be done at home. I repeat, do not try to do this at home. This is a procedure that should be done by your health care provider.

This procedure is done by your provider sweeping the inside of your cervix in a circular motion. It works by separating the amniotic sac and fetal membranes from the uterine wall.

The separation of the amniotic sac and uterine wall triggers the release of prostaglandins. Just like stated previously with sperm containing prostaglandins, prostaglandins help by softening the cervix and stimulating contractions.

Just a heads up. Although, I have not had this procedure done, everyone I have talked to has said that it is fairly uncomfortable.

Castor oil made the list, although it is technically something I would advise against. I am putting it on the list due to the fact it is one of the oldest tricks in the book and several mamas swear by it working to induce labor! Although, others have said it was a miserable experience with nothing but diarrhea. I don't know about you, but I don't want to spend my entire labor sitting on the toilet!

Although, like stated before, the thing with diarrhea is that it irritates the bowel. When the bowel is irritated, the bowel can then irritate the uterus. Furthermore, causing uterine contractions.

Yes, several moms swear by castor oil! Although, I have never performed this technique myself, so I cannot vouch. A warning from other moms, the taste is less than pleasant and an upset stomach is likely to occur.

DO NOT perform this technique without strict direction and approval from your doctor!

There you have it mamas! Effective techniques for inducing labor. If you have performed any of the techniques listed above, I would love to hear all about your results.

Although, keep in mind. It is important to talk with your doctor before performing any of the techniques. As we want to make certain that these techniques are safe for both you and baby!

Cheers, mama! You are on the home stretch. Praying for a safe and healthy delivery!

You May Also Enjoy:

Welcome to Southern Dakota Mama! You will find all things motherhood, easy and delicious recipes, along with a few things in between. 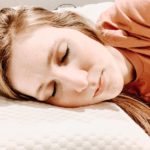 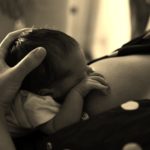